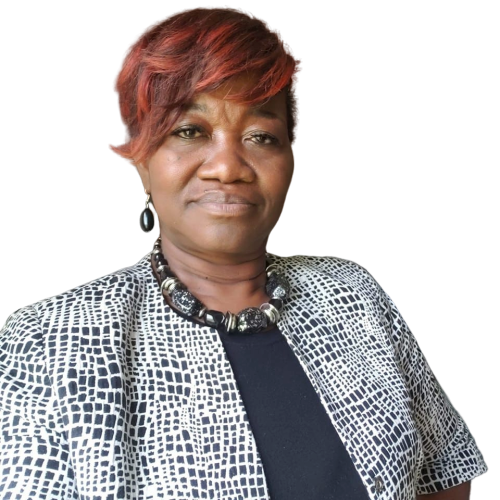 Jeremiah 1:5: Before I formed thee in the belly I knew thee; and before thou camest forth out of the womb, I sanctified thee, and I ordained thee a prophet unto the nations.

Luke 4 (18): The Spirit of the Lord is upon me, because he hath anointed me to preach the gospel to the poor; he hath sent me to heal the brokenhearted, to preach deliverance to the captives, and recovering of sight to the blind, to set at liberty them that are bruised, (19) To preach the acceptable year of the Lord.

Dr. Arleen Fuller is a much sought after, prophetic, deliverance, healing, miracle and restoration preacher. God has anointed her with a unique and special anointing for the end-times. She is a woman of wisdom and an inspiration to many. Her ministry is for everyone who stems from all-walks-of -life. Her ministry is for the nations. God has sent her to heal the brokenhearted, to preach deliverance to the captives, the recovering of sight to the blind, and to set at liberty them that are bruised. Her mission is to transform and save lives, as well as to reach many souls as possible in the U.S. and abroad. Her ministry focus is to train leaders in the family, church, community, and in the marketplace.

Dr. Fuller grew up in a Holiness family serving with her grandmother serving as a great traveling Field Evangelist, Pastor, and founder of several churches. Her father served in the office of a Pastor and Prophet, along with several other family members. She has a very strong family background of female Evangelists and Pastors. Dr. Fuller received Christ at an early age as God gave her the gift of boldness to speak both individually and to the masses. Dr. Fuller can communicate effectively with the forgotten and the remembered, from the least of them, and to Dignitaries. God has given her wisdom of how to win souls for the Lord. She was ordained in her early twenties as a Field Evangelist and Assistant Pastor. The Prophetic ministry was prevalent in her life at any early age. Dr. Fuller has served as a street evangelist, housing communities, evangelized door-to-door, and has conducted several house services. Despite never being a victim of the streets, Dr. Fuller has the unique gift of transforming the lives of the people on the streets who have fallen prey to substance abuse and prostitution. Dr. Fuller has assisted in the rehabilitation of thousands of people.

In 1989, after divorcing an abusive husband, the church shunned and rejected her and as a result, Dr. Fuller left Savannah and found lodging with unknown strangers. Although the different families did not attend church, they treated her better than the regular church goers. Dr. Fuller always exemplified compassion for the less fortunate and because of her experiences, she felt the sting of rejection in spite of the rejection being unwarranted. Homeless and penniless, Dr. Fuller end result was rock bottom. In 1998, after being told she had minutes to live without emergency surgery, she made a vow to God that she would return to the church.

God has given Dr. Fuller the power of deliverance against unclean spirits and to heal all manner of sickness and disease. God has anointed her to preach good tidings to the meek; He hath sent her to bind up the broken hearted, to proclaim liberty to the captives, and the opening of the prison to them that are bound. Dr. Fuller would bring the scriptures to life in loving thy neighbor as thyself, as well as going the extra mile to help individuals on the streets. Dr. Fuller rendered wise counsel to individuals globally who are bound in the area of witchcraft and are bound by generational curses. Dr. Fuller re-established the ministry of her late grandmother, the late Pastor Rachel Catherine Hill Fuller in 2003. Currently, she serves as the General Overseer of Miracle Deliverance Field Prayer Center. A Miracle is a supernatural event that defies the laws of nature. Deliverance represents being released from the bondage of a person, place, or thing. The Field represents the world and the area of influence. Prayer represents the dual communication between mankind and his Creator. The Center represents what everything revolves around. Because of Dr. Fuller’s influence, she has attracted many followers worldwide.

On July 8, 2004, Dr. Fuller accepted her calling as Apostle. On Saturday, June 10, 2006, she was confirmed as an Apostle by Apostle Alfred J. Solomon of Holy Ghost Tabernacle, Inc. of Baxley, GA. Dr. Fuller was the former Pastor and Founder of Prophetic House of Deliverance, International and Mission of Love and Restoration in Ghana, West Africa. She was the General Overseer and Senior Apostle of Miracle Deliverance Field Prayer Center where she currently serves as the Overseer of several churches in the U.S. and abroad, including Savannah, GA, Ghana, West Africa, Lome Togo West Africa, Lagos, Nigeria, Kenya, East Africa, the Philippines, Pakistan and India.  She assisted in starting 58 ministries in the last 8 years. Dr. Fuller has traveled to Ghana, West Africa December of 2007 and April and May of 2008. While serving on a mission trip to West Africa, Dr. Fuller contracted malaria and lost everything in 2008.

Dr. Fuller’s ministry serves as a covering for smaller ministries. Dr. Fuller is excited about what God is doing in these last days. Dr. Fuller is always ready to go out into the hedges and the highways and compel men and women to come to the Lord. God has given Dr. Fuller a special gift for healing and to transform lives of those bound by drug, alcohol, witchcraft, generational curses, and all destructive behaviors. She has dedicated her entire life to helping the less fortunate, and without looking for anything in return.

Dr. Fuller has founded several non-profit organizations including: Arleen Fuller Global Ministries, A.L.I.C.E. Hope (Assisting Ladies in Crisis Everywhere) Substance Abuse Ministries, Entrepreneurship, Financial Literacy, Arts, Second Chance Ministries; Women Against Crack (WAC) in collaboration with the first woman Mayor of Savannah; Women of Purpose Deliverance Ministries, Incorporated; Men of Valor and Rachel’s Kitchen and Clothes Closet. She is the Founder & Producer of the Arleen’s Gospel Hour TV Show, former Producer of the TV Show, “Solid Gospel & More…, and the Producer of the “Blessing in the Rain” and “Get on Board” recordings. Dr. Fuller also serves as Manager, Booking Agent, and Lead Singer of the Female Quarter Group, the Anointed Fuller Gospel Singers.

Over the course of the last twelve years, Dr. Fuller has fought diligently to become healed and has overcome severe migraines, anxiety, and rejection to empower women by developing The Fuller Life System. The Fuller Life System educates individuals on the effects of childhood T.R.A.U.M.A. Dr. Fuller is a two-time domestic violence survivor and is using her expertise to partner with SAFE shelter for battered women in Savannah, GA.

Dr. Fuller is also quite the entrepreneur. Dr. Fuller is CEO of Arleen Fuller Publishing. (BMI), Wedding Officiant Services of Savannah, Transformed To Your Fuller Life, Inc., Arleen Fuller Music Group, Inc. and Arleen Fuller Entertainment World Wide, Inc., It’s-A-May Training Institute, She is the founder of The Fuller Effect Radio Show. The Fuller Life System, Overcoming T.R.A.U.M.A. Health-and-Wellness Coaching, Business Coach, and CEO of the Fuller Life Empowerment Center. Dr. Fuller has made a tremendous influence in all media outlets. She has spoken on radio, appeared on television and in newspaper articles multiple times. Dr. Fuller will soon launch The Fuller Effect Radio Show, Fuller.TV, and Fuller.Radio Network in May of 2020. Dr. Fuller also serves as a Census Field Supervisor for the 2020 Census.

In closing, Dr. Fuller’s future vision is to set up Apostolic Hubs and Fuller Life Empowerment Centers in every State, as well as globally. The mission is to train leaders in the area of great deliverance to Re-Establish, Re-Affirm, and Re-Align the family.